In the year 2002 the RhB took a series of new tractors in service. The numbers were 111-114. These loco’s were about the same as the series Tmf 85-90, only the radio controlling (Funk) was not built in. In 2006 the numbers 114-120 followed. These shunting loco’s are based on the larger stations like Davos, St. Moritz en Landquart. 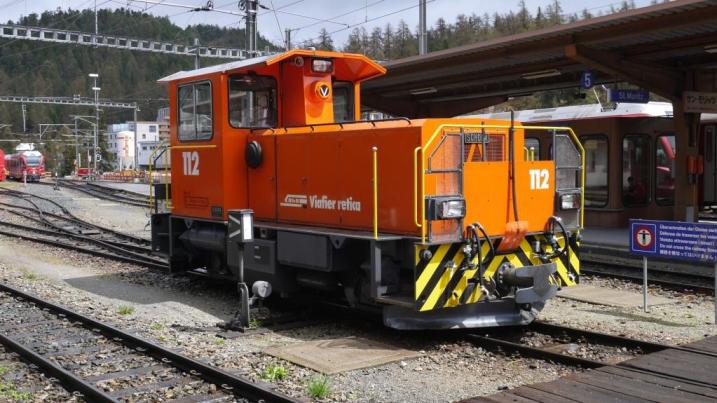