With the introduction of the NEVA Retica timetable concept in November 1999, the RhB put the BDt 1751–58 low-floor control car built by Stadler Rail into service. With these universal control cars, locomotives of the Ge 4/4 I, Ge 4/4 II and Ge 4/4 III series can be controlled remotely. The vehicles, which are approved for 100 km / h, have a low-floor area between the bogies and a driver’s brake valve to control the vacuum train brake; the cars themselves are braked with compressed air via a proportional valve. The car 1751 has a complete set of compressed air brake equipment including a brake valve and is therefore also suitable for the compressed air braked car loading trains in the Vereina. From 1999 the RhB used seven NEVA pendulums with Ge 4/4 II locomotives to operate the Landquart – Scuol-Tarasp and Scuol-Tarasp – Pontresina routes. With the timetable change in December 2004, the operational plans changed. Since then, three BDt have been traveling with Ge 4/4 III shuttle trains between Landquart and Davos, and three more with Ge 4/4 II between Pontresina and Scuol-Tarasp. 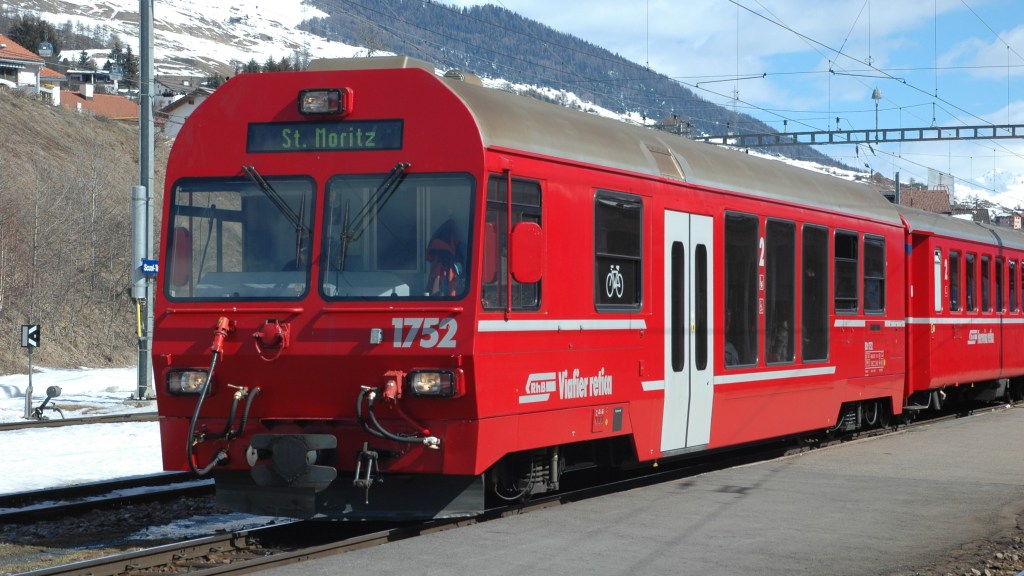