Until the fifties, the White Pass & Yukon relied exclusively on steam engines, with the exception of a few small yard switchers and a weird variable-gauge diesel, a prototype for the US Army. But in 1954, as it was impossible to order new steam engines from the locomotive industry, the railroad was forced to experiment with diesel power. The first WP&YR diesel road engines were two 6-axle diesel-electric locomotives delivered by General Electric (GE), rating 890hp. They had a single cab, were designed specifically for the WP&YR (type GEX3341) and their prime mover was an Alco 6-cylinder diesel. Later, similar diesel locomotives were built for export to South America for narrow gauge as well as standard gauge.

The two locomotives were fully satisfactory and three other engines were delivered by GE in 1956. Three more locomotives of the same type (class 90) were ordered in 1963, allowing the WP&YR to retire its last steam engines in 1964. Finally, the last three locomotives of the class (a little bit more powerful: 990hp) arrived in Alaska in 1966, bringing the total number of GE class 90 of the WP&YR to 11 (#90 to 100). These locomotives have been nicknamed Shovelnose because of the characteristic shape of their front end. All of them are still on the property today. 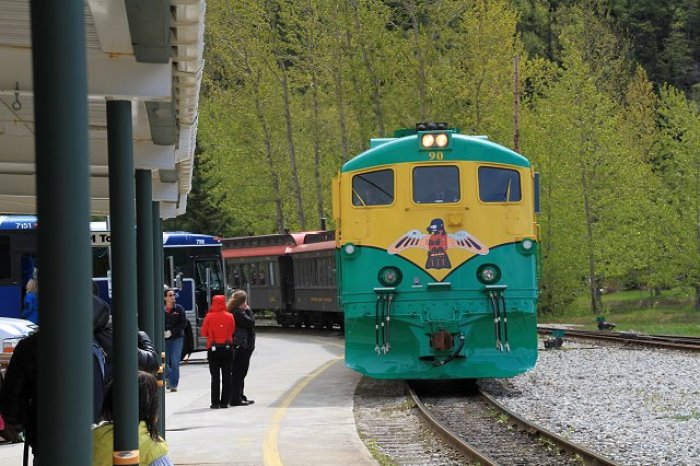 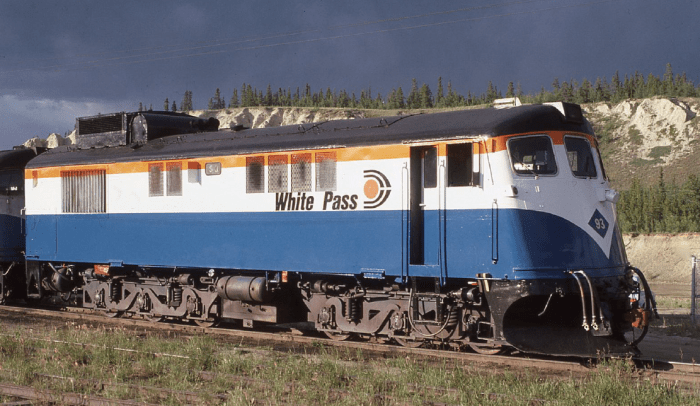 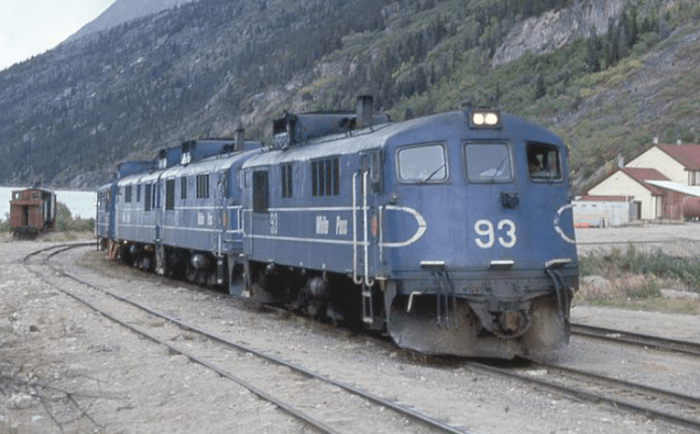