In 1943, the previously independent Bernina Railway was taken over by the Rhaetian Railway (RhB), which is the main railway network in the Canton of Graubünden, Switzerland. At the time of the takeover, the Ge 4/4, like all of the Bernina Railway’s other motive power, was similarly acquired by the Rhaetian Railway. The locomotive continued to haul trains on the Bernina Railway. In 1962, the locomotive was renumbered 182, to help free up the numbers in the range 51-99 for use on rail tractors. It was withdrawn from service in 1977.

The locomotive was then transferred to the Swiss Transport Museum in Lucerne, where it remained until 1981. In 1984, it was taken over by the French metre gauge Chemin de Fer de La Mure. However, the Ge 4/4 never operated there, because it was discovered, only after the locomotive’s release to that railway, that it could not be used at that railway’s operating voltage of 2,400 V DC. In 1999, the locomotive was transferred again, this time to Associazione 182 of Club 1889 — a Graubünden railway club — which has since returned the now static and weathered machine back to Switzerland.

On 10 April 2010, it was presented to the public at Poschiavo newly restored back into working order. It is available for unrestricted operations on the Bernina Railway. 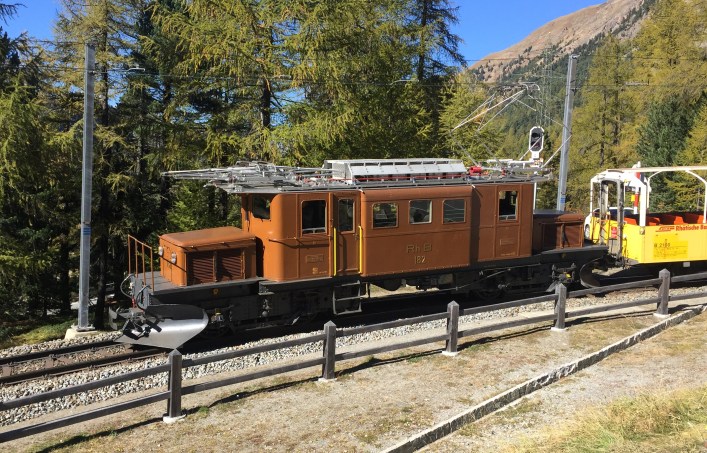